The objective of this project is to develop a decision-making aid tool for optimizing electricity consumption in railway systems in a holistic way. This tool is intended to be very useful for railway and infrastructure operators in order to minimize the energy consumption of the system.

In a practical way, the tool to be developed is expected to be able to answer questions such as: which electricity supply contract is more interesting? What driving mode reduces consumption while maintaining the quality of the service? What return time does it have? introduce an ATP or a converter change? In order to answer these questions, the tool must contain an adequate model of each of the elements that make up the system:

Ceit's role within OPTICON is that expected from a technology center. He will lead the technical part of the project, mainly responsible for the development of energy models both at the vehicle level and the global infrastructure system including the electrical grid and the power supply network.

In addition, it will be responsible for the development and implementation of algorithms for optimizing multi-variable systems to reduce the overall energy consumption of the system.

Finally, Ceit will be in charge of the design and development of the user interfaces of the final program, integrating all the functionalities and algorithms created and making them accessible to the end user in an attractive and functional way. 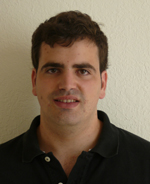