Asset Management of the Interconnection of Wind Turbines

The world of electricity grids is changing in recent years thanks to the lower cost of information technology. This “revolution” in the IT-driven sector has been a lever / lever to boost R&D activity in other disciplines. In general, a great deal of work is being carried out in aspects such as the safety, reliability and integrity of the lines of the medium and high voltage electrical networks. These aspects can be effectively controlled by monitoring the state of their isolation. In the last decades, the scientific community of electrical networks has developed effective techniques for measuring and evaluating the state of the main insulation of the equipment installed in the high-voltage network by means of measurements of various parameters that were usually carried out in out-of-service conditions. These measurements were carried out by specialized personnel with complex and expensive equipment that had to be transported to the points where the diagnoses had to be made.

However, continuous monitoring systems allow monitoring and detecting incipient defects in network equipment, allowing the adoption of early measures such as: more detailed monitoring, new complementary tests to corroborate the results obtained by the continuous monitoring and, finally, the planned repair, avoiding unexpected power cuts due to sudden equipment failures that, in addition, can pose risks of explosion and fire.

Given the extent of distribution networks, any solution adopted must be intrinsically safe, reliable and economical. The economy requirement is the one that requires that the solutions provided be integrated, so that the installed and tested solutions can be supplied from the factory. However, the possibility of equipping the equipment currently in service with diagnostic means should not be ruled out, especially taking into account their progressive aging and their possible consequences in the event of failure.

The objectives of the GADIA project are as follows:

Ceit’s role in the project focuses on the development of two systems: 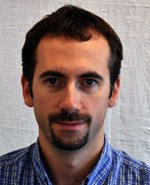