The Roll2Rail project aims to develop key technologies and to remove already identified blocking points for radical innovation in the field of railway vehicles, as part of a longer term strategy to revolutionise the rolling stock for the future. The results will contribute to the increase of the operational reliability and to the reduction of the life cycle costs. This project started in May 2015 and it is supported by the Horizon 2020 programme of the European Commission.

Roll2Rail is one of the lighthouse projects of Shift2Rail and will contribute to Innovation Programme 1. At the end of the project all the results will be further developed, leading to demonstration in real vehicles or relevant environments in Shift2Rail

Ceit-IK4 has participated in two of the work packages of Roll2Rail project. In the WP4, a Universal Cost Model has been developed to reflect and quantify the global impact of running gear performance, in the whole railway system economics, while in WP5 the standardization of the brake system and the documentation for the homologation process has been carried out.

Ceit-IK4 has led the task for the UCM methodology. The UCM tool, which allows comparing different maintenance strategies, has been validated against different infrastructure and bogie types. The partners for the validation cases in which Ceit-IK4 has participated have been CAF and Metro Madrid for a metro‑line case and Network Rail for a conventional case.

In addition, within Roll2Rail project, Ceit‑IK4 has developed different degradation modules to predict some of the KPIs (Key Performance Indicator) needed to feed the UCM tool: 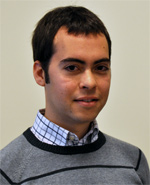