The development and application of advanced high-strength steels requires the generation of improved models of mechanical properties that are based on the microstructure. This will make it possible to apply it in design, in quality control, and even in simulation models of forming operations. The development of the project has allowed to generate a database of steels that includes the following families: IF (interstitial free), ELC (extra-low carbon), Microalloys, DP (dual phase steels) and advanced steels with high mechanical resistance, AHSS. In relation to the prediction models of the mechanical behavior of different micro-constituents, the following advances should be noted: the effect of composition and texture on the deformation hardening of ferrite has been investigated. The previously developed hybrid E-M model for ferrite has been extended to a wider range of grain sizes and to materials that have a weaker texture compared to the steels for which it had previously been developed. In its application it is not possible to define a single formulation that encompasses all steels with a ferritic structure, and the following groups must be carried out: Hot-rolled, cold-rolled and annealed steels; direct industrial hot rolling mills; industrial with high nitrogen; microalloyed.

Regarding hardening, this is similar for all steel groups once the grain size has been set, except for the case of microalloys due to precipitation. The effect of differences in texture between the cases studied on the ferrite hardening speed is, however, not very noticeable. Additionally, the extension of the constitutive models for pure and validated martensite and bainite has been carried out on a wider range of steels. In the case of ferrite, the precipitation hardening mechanism has also been implemented in the model through a medium spacing between microstructural elements that act as barriers to the movement of dislocations. The results have been analyzed based on the Orowan-Ashby equation, with consistent results between both formulations. The expansion of the model for dual steels developed considers the previous formulation for each of the constituents (ferrite and martensite) and applies a self-consistent model that takes into account the deformation distribution based on its mechanical resistance, in addition to the incorporation of the term of interaction between ferrite and martensite, also quantified. Finally, the extension of the DP model to multiphasic steels has been carried out, developing a methodology for microstructures with bainitic components and variable fractions of martensite and MA compounds. Two routes have been used: the one that integrates the microstructural components two by two (Weng model) as many times as necessary, and the path that will consider all the components together based on the concept of iso-energy. 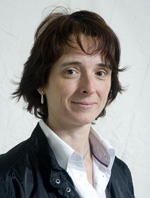