The project consists of the design of a security system that detects the position of people using radio frequency (RF), based on the premise that people are equipped with an RF emitter element powered by a battery.

The system must be applicable to different types of automatic guided vehicles (AGVs), such as retractable AGVs, stacker AGVs and tractor AGVs and with the different loads they can handle.

The project should largely solve the problems presented by current commercial systems that invalidate their use in applications with AGVs: the reduction of precision in the estimation of the distance of measurement in environments with a lot of iron in the surroundings, the complexity to calibrate the system in each of the vehicles, the problems in obtaining a repeatability of the measurement in all the vehicles, the little flexibility of the current security system installed in the AGVS when it comes to parameterizing the configuration of the zones, and the impossibility of being able to cover the 360º of the perimeter of the vehicles.

Ceit's role in the project:

Ceit's role in this project will consist of defining the architecture of the security system and the design and implementation of the position estimation subsystem. You will also participate in the integration and testing of the system in the final demonstrator. 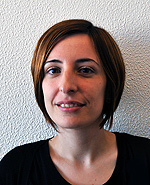