The current project is for the design and development of Thermal and Electrical Mock-ups for the validation of the thermal behaviour in the electrical air systems architecture at aircraft level.
The electrical systems architectures for future aircraft include high density power electronics that works at a higher voltage value and produces correspondingly high point heat loads which have to be electrically and thermally managed in the most efficient way.

The related mock-ups will be dedicated to the Thermal Management of the AVANT ground demonstrator located at the ‘Centre of Applied Aeronautical Research’ in Hamburg.

Therefore, TEMGIR will be focused to obtain an optimum rate between consumed and re-generated power to build reducing consumes and CO2 emissions.

TEMGIR will provide a thermal model of aircraft with both electrical and thermal behavior which will be able to develop any relevant condition and scenarios within different flight phases. The electrical equipment provided has a thermal response based on its power supply which will be governed and monitored by Control and Monitoring Sw System. The Software will load the scenario and equipment profile to simulated according on flight phase, location in aircraft, special situations.

Ceit is in charge of the design inside of this project of all the Electrical Active Loads that will be necessary in order to evaluate all the systems that are not physically available in the Test Ring. These active electrical loads can be divided into two different stages:

Finally, Ceit is in charge of the design of a Power regenerating module able to re-inject up to 70 kW to the electrical grid of the ‘Centre of Applied Aeronautical Research’ during the electrical emulation. This will allow to increase the energetic performance of the overall system. 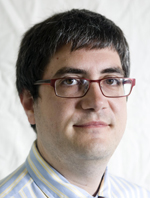