This proposal presented by Indra Sistemas and Ceit jointly, try tries to answer in the best way the call JTI-CS2-2014-CFP01-SYS-02-02.

The referred call and this associated proposal are framed inside of the packet 4.1.2.4 (Modular power controller for advanced landing system) of the System ITD for the Cleansky2 project.

This project will develop a next generation power controller for electric taxi. This controller shall feature increased power density, bidirectional power conversion, modularity, scalability, and multifunctionality to support wide range of aircraft applications.

Inside this global project that addressesof on ground electrical moving aircrafts (e-TAXI operation for fuel consumption reduction), this concrete WP, tries to answer the necessity of electrical power converters to:

Then, proposal solution in this call develops a solution answering both functions and getting a global optimization of the system. This solution is done in accordance with aeronautical standards (environmental constrains), where the participants in this proposal have a vast experience.

This proposal is presented by the consortium INDRA & Ceit that have all competences and skills to develop this project in time and performances, based in its experience in bidirectional and modular power electronic converters and well-known aeronautic standards, rules and processes. This consortium combines Ceit’s strong research, innovation and development skills on power conversion systems with INDRA’s, business on manufacturing of aeronautic equipment and systems, totally verified and qualified.

Ceit’s role on the project will focus on the analysis and design of the power conversion stage for the SAFRAN e-TAXI landing system operation. Modularity, scalability, high power density or energy efficiency related trade-off analysis will be achieved in order to accomplish the e-TAXI system fittest solution. Ceit will also collaborate with INDRA in the TRL6 upgrade and industrialization from the previously laboratory validated design. 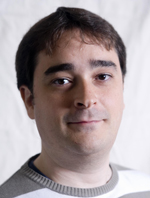