HEMIS project has two major objectives. The first one is to design a Prognostic Health Monitoring System (PHMS), which senses key physical characteristics related to the health state of the powertrain in Fully Electric Vehicles (FEVs) and the emitted Electromagnetic Field (EMF), such as voltages, currents, temperatures or vibration. Based on this information, the PHMS is able to provide a failsafe state, enhancing public’s confidence on the safety and reliability of FEVs. PHMS estimates the degradation level of the most critical components and predicts their remaining useful life, thus enabling condition based maintenance and reduction of costs, due to acquired knowledge of failure mechanisms. The result of this multidisciplinary research is a working prototype.

The second objective is to provide the manufactures of FEVs with design guidelines regarding EMC and EMF levels (including LF emissions). The EMF levels were measured and their effects simulated. The research also includes a revision of emission standards and resulted in EMC/EMF testing guidelines for FEV manufacturers, which were also provided to reference bodies.

Ceit contributes to the RAMS analysis of modern FEVs, in order to identify the components and failure modes of the electric powertrain which are deemed most critical. Then which physical variables are most suitable for their monitoring are assessed, considering not only the information provided but also the associated sensor system and measurement intrusiveness. For the selection and the development of monitoring algorithms, some components (motors and power electronics) were aged at Ceit. Later, Ceit focuses on the monitoring of the degradation of power electronic components such as DC-Link capacitors and inverter IGBTs. 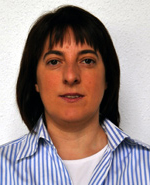