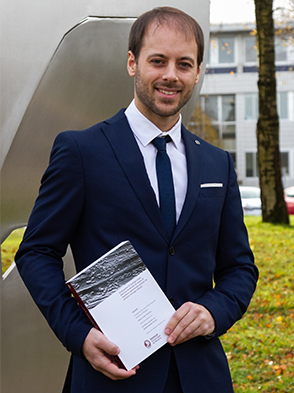 Brettanomyces yeast is considered one of the most relevant spoilage yeasts in the production of alcoholic beverages, especially in wine and cider. During beverages fermentation and later storage, this yeast can produce volatile phenols that affect the organoleptic properties (aroma and taste) of the beverages. The appearance of Brettanomyces causes a decrease in the quality of the final products, and consequently, important economic losses for companies.

Nowadays, there are several direct and indirect detection methods for this spoilage yeast. Regarding direct methods, plating and molecular techniques are the most employed techniques in wineries and cider-houses. Also, indirect methods such as gas chromatography-mass spectrometry are also implemented in the industries. Despite being widely used, they are liable to frequent false positives caused by fungal contamination and long culture times causing a late detection. Therefore, the companies are interested on implementing new detection methods for obtaining an early detection of this spoilage yeast.

The current work presents a detection methodology based on impedance spectroscopy analysis using interdigitated microelectrode (IDE) based sensors for in situ spoilage yeasts detection, focusing on Brettanomyces bruxellensis. Spoilage yeasts are tested inside bioreactors to evaluate the growth and the sensitivity of the biosensors. In addition, microfluidic devices based on IDEs are also developed to provide an ex situ detection of Brettanomyces.

To improve the specificity of the measurements, biofunctionalization processes are carried out onto the gold surface of the biosensors and the microfluidic devices. Results confirmed the good performance, improving the sensitivity and specificity for spoilage yeasts samples.

These biodevices could be a promising method for monitoring the spoilage yeasts growth and biofilm formation, offering an efficient alternative to the laborious and expensive traditional methods.