WILDCRAFT proposes the design, development and testing of a proof-of-concept demonstrator of a Wireless Sensor Network (WSN) aimed at applications in the aerospace industry. The continuous pressure on aircraft manufacturers to produce better and more secure aircrafts has led to increasing costs in maintenance and monitoring procedures that are being performed at given time intervals to assess the state of an aircraft. Wireless Sensor Networks (WSN) allow the continuous monitoring of critical variables of the operation of an aircraft, and as such they are able to issue early warning of a possible problem for immediate repairing.

WILDCRAFT is paying attention to data fusion techniques needed for obtaining an "abstract sensor" from the measurements taken by a multiplicity of sensors deployed in a specific part in an aircraft. To that end we are going to study the most suitable algorithms to infer, estimate or summarize the state of the physical variable being measured. The designed algorithms will be implemented in a FPGA platform. In WILDCRAFT we are also considering the safety critical nature of any on-board system in an aircraft.

The set of safety requirements of the system will be compiled and used for the specification, design and development of the building blocks of the system: sensors, energy harvesting, RF transceiver and microprocessor, and the corresponding levels of software and programmable hardware blocks.

The project's objectives are: 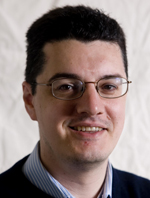 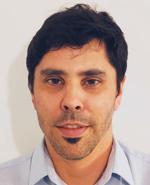