Hyperthermia (also called thermal therapy or thermotherapy) is a type of treatment by which, by subjecting certain body tissues to temperatures up to 45 ° C, the cells that compose it can be killed. This would be the case of cancer cells, as research to date has shown. These cells are damaged by being subjected to temperatures that generally cause minimal injury to the surrounding healthy tissues. In this way, hyperthermia can favor the focused treatment of tumors by inducing their reduction.

In order to achieve this increase in temperature, in this project it is proposed to use magnetic microwires subjected to alternating magnetic fields, as an alternative to current treatments (such as chemotherapy, radiotherapy and their combinations with surgery), which present significant unwanted side effects .

The Ceit Biodevice and MEMS group will be responsible for demonstrating the effectiveness and selectivity of the microwires developed and manufactured by UPV-EHU and TAMAG Ibérica S.L. It will carry out the necessary validation tests to demonstrate the effect of the microwires on both cancer and non-cancer cells, using microfluidic platforms that the group's researchers will develop for this purpose. 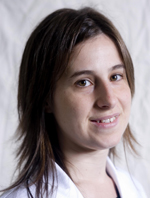